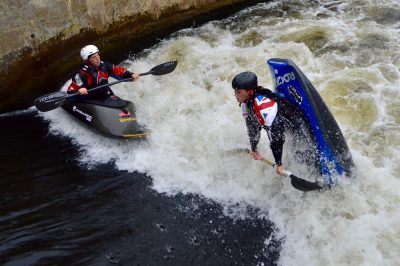 A year ago I was invited by Dennis Newton (Sweetwater Coaching) to join the Athlete Support Programme (ASP) and what an honour it was. At 14 I was to be the youngest member of a group of international athletes including a number of my heroes, especially eight times World Champion Claire O’Hara. Before joining ASP I had had some coaching with Dennis and I just seemed to thrive on his fun but still very serious approach to paddling. ASP provided me with the opportunity to train with and learn from world class freestylers.

The year started with many winter evening sessions at Nottingham, joining other British ASP paddlers practising incredible rides and moves in preparation for Team GB selections. With such an amazing coach and fantastic paddlers to paddle with, I tried very hard never to miss a session. This meant some evenings I travelled three hours each way to Nottingham after school. It was well worth it despite a few tough mornings the following day.

After selections at Hurley and Nottingham in January I was delighted to be selected for the GB Freestyle Team for the ECF European Championships 2016 to be held in Plattling, Germany. With the excitement of my first international competition I wanted to train as much as possible and could not wait to spend the Easter holidays in Bavaria where Den and other ASP members were training hard. Den and Claire O provided me with fantastic encouragement and I could feel many moves such as McNasty’s improve hugely.

I was sad when the Easter holidays ended and on arriving back in the UK the five weeks until the Europeans seemed like a lifetime. Out of school all of my time was spent practising competition rides with help and encouragement from Den all the way. 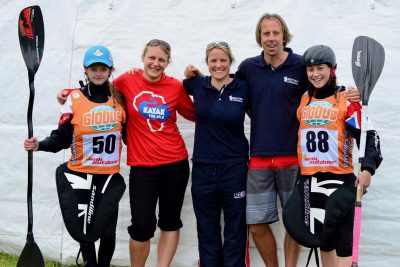 At the European Championships the Easter ASP training clearly paid off and resulted in all the ASP Team GB ladies making finals and gold, silver, bronze medals for Claire, Sophie and myself respectively. Just as important was the opportunity to paddle with a brilliant GB team and meet paddlers from all over Europe.

The encouragement Den has given me since joining ASP has been invaluable, not only the physical side of paddling but also the mental sides of training and competition.

Since the Europeans I have been concentrating on linking moves together in preparation for next years selections and hopefully the World Championships – ideally located somewhere warm and sunny. This has meant lots more sessions at HPP with Den on the side of the inlet gate. Dens professionalism identifies issues in my technique which I work on correcting and it is clear to me that his early advice is critical in not only improving my scores but also avoiding possible injuries. 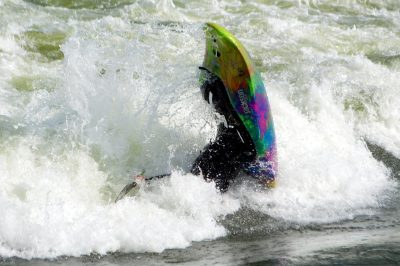 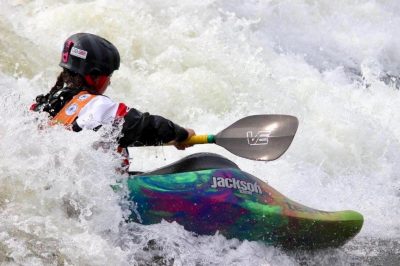 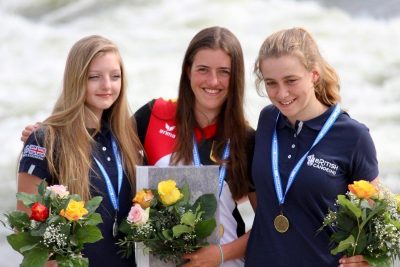 What a great first year with the ASP. All my thanks to Den, Sweetwater Coaching, the ASP, Claire O’Hara, Squarerock and Jackson Kayaks.