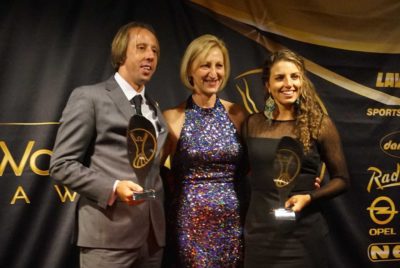 Dennis is an award-winning coach for his contributions to athlete development and recreational growth in freestyle, including the British Canoeing Performance Coach of the Year 2012, World Paddle Award 2017, and 2018 inclusion to the World Paddle Award Academy a unique association of the greatest living sporting legends and influential people in paddlesport.

Dennis’s commitment to the sport of whitewater kayaking and a freestyle as a whole has been influential in helping it progress to where it is now. 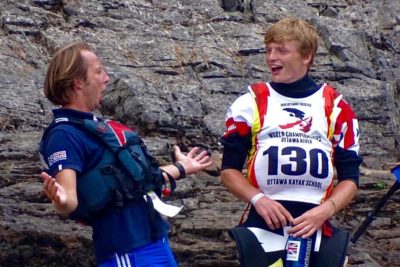 In 2011 Dennis saw the success of the UK Sport World Class in the Olympic canoeing disciplines and chose to establish a similar programme for athletes in the non-Olympic disciplines of freestyle paddlesport and extreme racing. He set up the ASP (Athlete Support Programme), the first long-term (4 year cycle) athlete development programme specifically for freestyle paddlesport, to provide world class coaching and support to top freestyle athletes from around the world. He has now worked with over 40 of the worlds top athletes through this programme; using athlete-centred approaches, promoting a culture of success through an open, challenging and supportive interdisciplinary environment that’s benefited both athletes and organisations.

Dennis has previously worked with British Canoeing as a Freestyle Technical Advisor to improve grassroots development of the sport; helping establish the first freestyle ‘Personal Performance’ and Coaching’ award programmes with substantial contributions to the coaching methodology used in freestyle today. Dennis is currently an Advisor on the British Canoeing Whitewater Technical Group.

More recently, as GB Freestyle Kayaking Performance Director, Dennis was pivotal in generation of the Development Pathway to grow freestyle participation and athlete development. Including development of the freestyle Academy for youth progression and comprehensive programmes for Team and Squad athletes (such as strength and conditioning, sports psychology); the most recent being the partnership with the University of Lincoln. 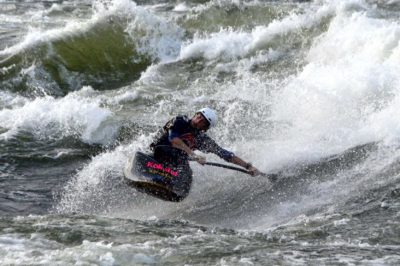 Dennis has supported many athletes to pioneer new levels of performance, not just for competitive gains, but for mastery of our sport and discovering its untapped potential. Going beyond winning, and firmly rooted in exploring new possibilities for performance. His contributions to the progression of freestyle are globally recognised, this has also included substantial contributions to female athletes over the last decade, both supporting grass-root development and pioneering female freestyle athletes to reach new levels of performance. Acknowledged by athletes, including multiple ICF Worlds Champions; Claire O’Hara and Ottilie Robinson-Shaw as an integral part of breaking new boundaries in ladies freestyle and substantial closing the gender gap in performance. Going beyond winning, his methods continue to be firmly rooted in empowerment for personal growth and exploring new possibilities for performance.

Over 20 years of coaching experience developing cutting edge coaching programmes for whitewater paddlesport all over the globe; including coaching and consulting for National Freestyle Teams and National Governing Body’s.