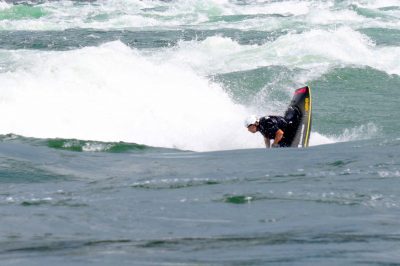 Humbled to have received a British Canoeing Regional Volunteer & Recognition Award and been nominated for the National Award for my work in the UK with the Athlete Support Programme (ASP), GB freestyle team, alongside other projects for recreational paddlesport. Especially as there’s so many people within our sport deserving of this recognition.

Its been another awesome year so far. Here’s a brief round up of what our ASP UK athletes have been up to, starting with the ASP programme and our goals for 2016-17.
Senior men.
It’s been an impressive year for Bren Orton, choosing to focus on extreme races and big wave training after his outstanding performance at the World Championships in 2015. 2016 has seen his unfaltering dedication and drive gain him a highly contended place on the Whitewater Grand-Prix 2017.
Rob Crowe returned to competition having missed the 2015 worlds selection due to an injury. Having narrowly missed the finals of the European Championships, he has been blazing forwards in preparation for the 2017 World Championships, winning the British Championships.
It was also a great year for Jake Norman finishing 3 in the selections to gain a place on the GB team giving him his first taste of senior competition in the European Championships.
Stoked to have Harry Price join the ASP team, although missing the European this year due to school exams, he’s still had an awesome year recently returning from Uganda to compete in the British Champs, and gaining 2nd place in the Junior Mens Finals.

A special mention goes to all our female athlete’s. This year we kickstarted a 2 year initiative aimed at increasing the depth of field in UK Ladies Competitive Freestyle. This had two aims; to further support our current world class ladies in raising the bar of competition (with the goal of scoring 1000 point rides); and also identifying and fast-tracking future talent to increase the depth of field within the UK competitive circuit.
What a phenomenal season Claire O’hara has had, continuing her domination of the international circuit by winning Gold at the European Championships. She expanded her scope towards Big Wave competitions – winning the Montreal Eau Vive to secure a position on the 2017 White Water Grand-Prix opening a new chapter for her.
Nicola Beeby made huge progress in 2015, competing in the World Championships before going on to secure her place on the 2016 GB team. An injury prior to the Europeans Championships saw her narrowly missing a podium position despite an outstanding performance. After time out of comp/training she’s just recently started water based training again and making great progress.
The junior Ladies also had an awesome year with Sophie Mc Peak securing a Silver at the European Championships and winning the Brit Champs.
Our youngest athlete, Ottllie Robinson, made an impressive first appearance at an international event gaining a European Bronze.
Emma Witherford just missed out on a highly contended place on the GB senior team, and has shown that she is going to be a formidable competitor in 2017 selections.
Kimberley Aldred unfortunately broke her arm early in the season, but has made a full recovery finishing 2nd in the British Champ Senior Ladies finals.

Outside of the competitive scene I’ve also been working hard to provide a freestyle resource for canoe clubs wanting to offer freestyle activities. The work is progressing well. I’m currently piloting sessions of the programme, and looking to approach clubs in early 2017 as we expand the pilot phase. I’m really excited about his one and looking forward to talking more about it in the new year.

I would like to say a big thanks to my sponsors and all those who continue to support me.