As the kids flew out and Jez set off on his 5 day mission back to Sydney, Den flew in. Arriving a matter of minutes after everyone left it was time to play. We had 2 weeks and plan other than boating. Based out of River Play Tyler Curtis’s awesome river side cabin on the banks of the mighty Ottawa. We played all day and night. Working on wave trick after wave trick. The levels were perfect, like insanely good. Which meant we burnt out every session kayaking until we couldn’t kayak anymore.

Regulars to the Ottawa we know how difficult Garb wave was so we mixed in Garb rest sessions at Baby face and push button to help keep us fresh. Theres something very special about paddling with Den. He helps drive me to be a stronger and better paddler than anyone else. Joining us on the water (among others) was Bruno and Bren. A perfect mix for big trick progression. 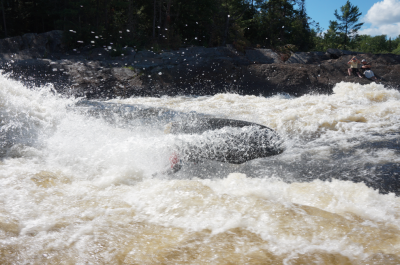 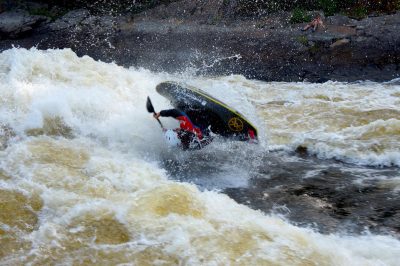 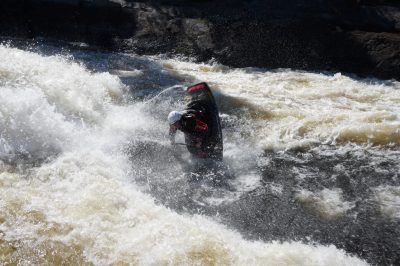 My goal this season was airscrews. The last two years I have working on all round wave boating progression which has helped me improve dramatically but despite this focus I still hadn’t mastered the trick I wanted most the airscrew. So this season I’ve mixed it up and gone for block practice. Focusing solely on the airscrew. Everyone I have paddled with I have asked for help and explored their understanding of this trick. I have thrown thousands of attempts both left and right. Eating it in so many ways. Each time learning from the experiences, reflecting on what went well and what didn’t, what I thought I was doing compared to what I actually did. The whole time with the one goal and focus outcome, to master this trick. 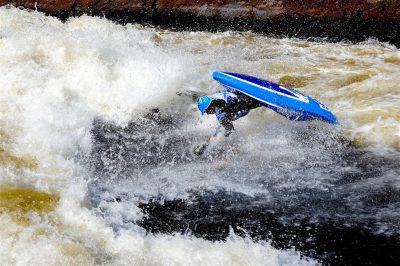 This is it the shot… It hit a Perfect Massive Airscrew

Then with Den on Garb after several months and years of trying I nailed it. A massive perfect right airscrew. I landed others too but this one felt perfect and Den got it on camera so it counted. The sense of relief was insane. It felt effortless. So so good. But the learning didn’t stop here. I knew I wanted to do it again so it was back to the top of the wave and time to try it again, this time to the left.

Freestyle is an amazing challenge, a science, a blend of person, water, paddle and boat. It’s a dance. A gymnastic performance, a sequences of perfectly timed precision movements all blended into one. Each element, the timing, technique, precision essential to get each trick to work. When it works it is the best thing ever, but its not over it then takes exactly the same focus, drive and precision to make it work again.

I have been able to do airscrews for over 5 years in fact I first thought about trying them in 2008. However a psychological block a fear of failure and hurting my shoulders stopped me evern trying them until 2010. Now I can do airscrews but I want more than that I want a perfect airscrew both ways. A solid consistent performance and technique that I can transfer to mulitple different styles of rivers and waves. Thats whats dirving me on even further. Making me roll up and keep trying after every crash. I want to be able to Airscrew like Den, Dane, Bren and every other paddler out there who’s airscrew makes you stop and look. 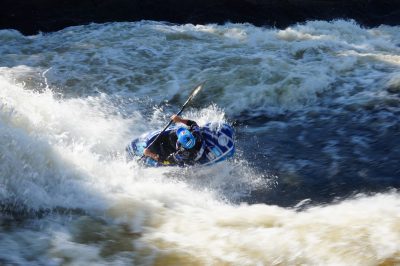 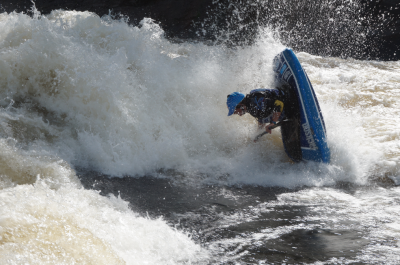 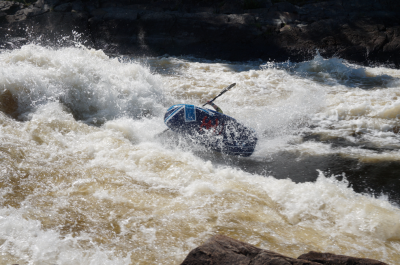