THE ONE day British Canoeing Freestyle Discipline Support Module, combined with an additional training day was run by our very own Bruce Jolliffe and white water coaching and freestyle superstar Dennis Newton, of Sweetwater Coaching.

The course/module was designed to give those running freestyle sessions, the ability to get to grips with the fundamental building blocks that make up even the most impressive freestyle moves, such as the Phonics Monkey or big air Loops!

We started out how all good days start – watching paddling videos! In a serious way of course! Getting a good feel for the discipline as a whole, seeing the moves, and seeing how they work, before having a go at them ourselves of course. Den and Bruce chose the front loop as our first move of the morning (which definitely woke us all up).

With a combination of land and flat water drills, we were all having a good shot at looping off our jetty, and very soon after that, doing the same on the whitewater course. With that well applied coaching, the change in the paddling of the group was remarkable. Everyone was having a great go working on their loops and succeeding in a lot of cases, so we were super fired up for what else Bruce and Den had in store for us.

The whole day was a combination of classroom based activity, followed up with land, flatwater and whitewater drills eventually building up to larger moves which was fantastic. The coaching tools that we learned were not only great for our own paddling, but really got us thinking about how the pros put it all together and most importantly, taught us how to pass this on to you guys, our paddlers.

We spent our second day on the River Garry in the highlands, in which we applied what we had done to the downriver moves and using freestyle to have a blast on the river.

These two days really helped us to get to grips with the coaching of freestyle and has inspired us to put on coaching sessions at the SCA freestyle events in the near future, and perhaps to also create trips out to our favourite playspots as a group.

We’re looking forward to running sessions in the future and perhaps even getting some Scottish representation at nationwide events such as the Hurley Classic which would put us on the map!

This was a top class two days and we hope that we can run our sessions and pass this on to those who want to come along to see us, check out our Facebook page (search ‘SCA Freestyle’) or email sca.freestyle@canoescotland.org. 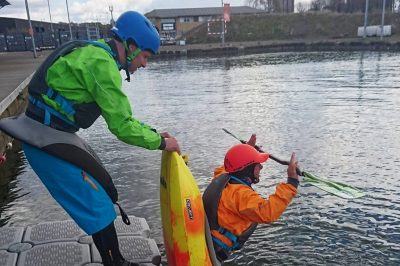 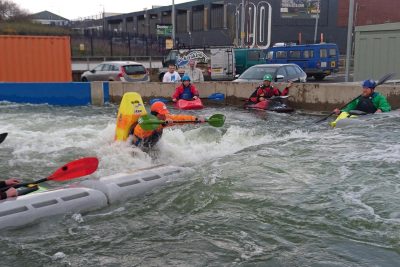 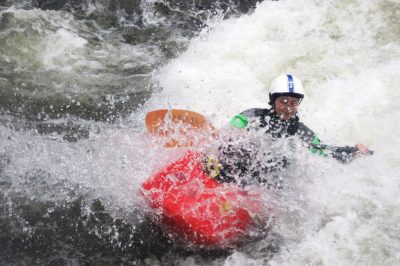