Claire O’Hara and freestyle kayaking were recognised at the Leeds Sports Awards on Thursday evening. Winning the Sportswoman of the Year accolade in conjunction with triathlete world champion Non Stanhope and aikido world champion Laura Beardsmore, Claire put freestyle on the centre stage. Unfortunately Claire wasn’t there to receive her award in person as she’s training in Australasia, and the award was collected by her coach Dennis Newton.

Passion for sport was certainly bursting from the roof tops at the event attended by over 500 guests at the New Dock Hall. The event presented by Tanya Arnold (BBC regional sports presenter) was there to showcase and celebrate the best of Leeds talent, both coach and athlete.

Other big winners included Leeds Rhinos who took the Professional Club/Team of the year award, Jonathan Brownlee who took the Sportsman of the Year award and Commonwealth boxing champion Josh Warrington who took the Professional Sportsperson accolade. Paralympic cyclist David Stone and wheelchair racer Georgina Oliver were both highly commended in the Disability Sportsperson of the year category, behind world champion powerlifter and winner of the award Ali Jawad.

The celebration also focused on the city’s lesser known sporting stars, volunteers and unsung heroes. Norman Stephens was visibly moved as he won Sports Volunteer of the Year for his work with sailing charity Sail Free, which helps children and adults with disabilities experience sailing.

The evening wasn’t just a look at the past year, but a celebration of things to come with cycling heavily on the agenda as Leeds prepares to host the beginning of this year’s Tour de France through the Grand Depart. The evening featured an exclusive preview of the event, with representatives of Welcome to Yorkshire and Leeds City Council taking to the stage to give their thoughts ahead of this summer’s sporting extravaganza. 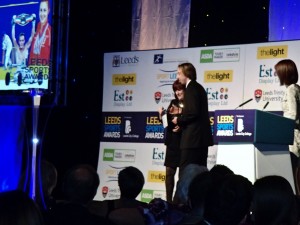 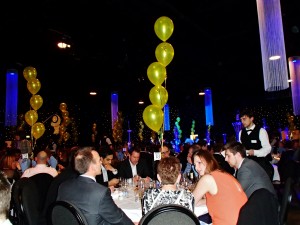 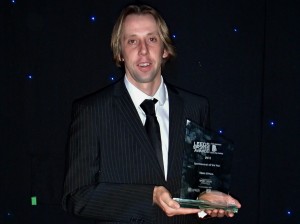 Further detail can be found at; www.leedssportsawards.co.uk