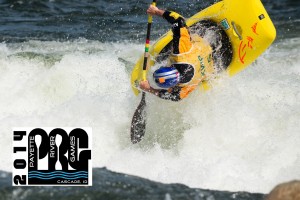 The Payette River Games last year was a huge success with 375 athletes competing in ALL the events and according to event founder Mark Pickard he expects even more competition this year. Kayakers from all over the world will descend on Cascade Idaho to compete for the largest purse in whitewater kayak history. With $50,000 in prize money awarded over the Payette River Games weekend, you can be sure to see some of the best paddlers on the planet bring their “A” games to Kelly’s.

The prize money will be split between 4 kayak events:

This year’s games will continue to be a multi-sport event, with everything from Stand up paddle boards, Raft Cross, River Surf, not forgetting Dog Fetch and Lumberjack competitions and loads more.