Published by Dennis Newton on September 28, 2013 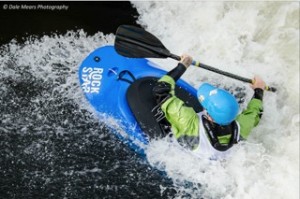 All the action kicked off on a beautiful sunny Saturday morning at the National Water Sports Centre in Nottingham with the ClubChampionship event. Paddlers from kayak clubs across the UK came to Holme Pierre Point to take part in a weekend of freestyle based fun. Starting with coaching sessions lead by GB Freestyle Team Paddlers and World Champions Claire O’Hara and Alan Ward the day then moved on to an array of competitions and events including cartwheel and big air comps, an extreme slalom and boater cross event and even an ‘Iron Boater’ triathlon style event.

Then on Sunday in 28 degree’s of heat with clear blue skies and bright sunshine the British Championships took place. Starting with Jam style heats on the twin waves, the top five were then selected to take part in a Super Final on Inlet gate. Whilst the heats took place the Club Championship Freestyle event took place on the Inlet gate, followed by the Squirt Boating British Championships event at the Pyramid pool. Then mid afternoon all the action moved back to the top of the course and with a big crowd watching and cheering the Super Final took place.

The standard across the whole day was very high with athletes in most classes setting personal bests and new British records. By the

end of the afternoon the seven 2013 British Champions had been crowned.

Full scores and results from the event can be found on the GB Freestyle Kayaking facebook page.

The event finished with a big prize giving with awards for novice, open, club championship and British Championship events. In the end it was Sudbury Canoe Club won the overall Club Championships event, for their 3rd consecutive year, taking home a brand new Wavesport kayak.

Special thank to Peak UK, Squarerock and Wavesport for sponsoring the official event and to Head Judge Paul Sheppard and everyone else involved in organising and running the event.