I’m currently in Sweden with the national freestyle team for the final preparation in the lead up to the World Championships in Thun, Switzerland. I’ve been working with the team for three years now, acting as an independent performance consultant and coach.

The water levels are awesome at the moment, providing lots of options for suitable training features. We’ve setup base for the week just 5 minutes from the ‘Bitch Wave’ (the closest translation into English) on Vasterdal River.

The team just gets stronger every year, making their presence ever increasingly felt on the European circuit, here are a few photos from today’s training. 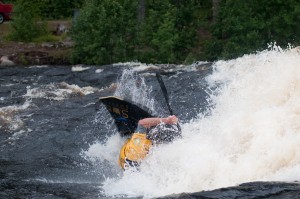 Mats Walstedt has been a team member for 8 years now and first entered the European Championship at 16 years old. Check out the composite boat in the photo above. There’s going to be an ever increasing presence this year in composite boats, with athletes taking full advantage of their super lightweight carbon construction. 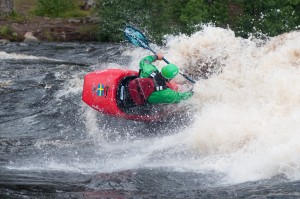 Tomas Rundgren, a seasoned team member going for a Back Pan-Am 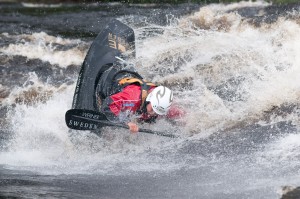 New to the team in 2008 is David Sandberg, his passion and drive unquestionable, here he is putting the final refinements to his Pistol flip. 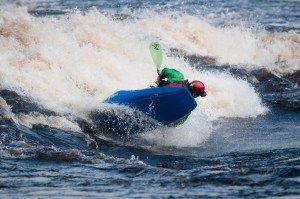 And finally, myself throwing a air pan-am in my Liquidlogic ‘Biscuit’ 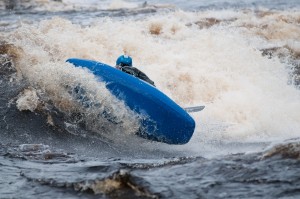 Myself hitting a Pan-Am

I’m in the 65 model here, although I could do with down sizing maybe to the 55. Shane Benedict has definitely got the recipe right for this one, creating a fast and loose hull that is more than capable of performing all of the latest freestyle moves.

That’s it for now, catch you laters